Mr. Anderson attended Texas Tech University and the University of Houston, graduating from the latter in 1977 with a degree in political science. He earned a law degree in 1982 from the South Texas College of Law before working as a prosecutor for the district attorney office of Harris County, Texas.

Mr. Anderson is a business executive whose career has included aviation industry tenures as legal counsel with Continental Airlines and as CEO of Northwest Airlines and Delta Air Lines. He also served as Executive Vice President of United Healthcare from 2004 to 2007, and his most recent position as President, CEO, and senior advisor of Amtrak from 2017 to 2020.

Dr. Khariwala is Professor and Vice-Chair in the Department of Otolaryngology-Head and Neck Surgery at the University of Minnesota. He completed residency training at the Cleveland Clinic followed by a fellowship at the University of Michigan. His expertise is in the surgical management of benign and malignant tumors of the skin, mucosa and salivary/endocrine glands of the head and neck in addition to microvascular reconstruction. Dr. Khariwala’s National Institutes of Health-funded research is focused on tobacco-related carcinogenesis in head and neck cancer.

Dr. Muche studied medicine at the Humboldt University Berlin/Germany and at the Rijksuniversiteit Leiden/The Netherlands. Afterward, he specialized in dermatology and allergology at the Charité Berlin. In addition, he extensively practiced dermatosurgery.

Until 2003, he worked as dermatologist, allergologist and head of the molecular genetic laboratory of the department of dermatology at the Charité. From 2003 until 2012, he was dermatologist at the Westfries Gasthuis Hoorn. In 2012, he founded Mohs Klinieken Hoorn and in 2014 he became co-chairman of Mohs Klinieken.

Dr. Muche is also active in the Dutch Association of Dermatology and Venereology (NVDV) as chair of the commission of certification, secretary of the dermato-oncological group and member of the working group on Mohs micrographic surgery. From 2014 until now, he is responsible for the annual basic surgery workshop of the European Academy of Dermatology and Venerology (EADV).

As the Director of the Cancer Service Line of the Abramson Cancer Center at Pennsylvania Hospital, Dr. Newman has helped to create a disease-based team approach to cancer care delivery and research. This has helped to strengthen the delivery of cancer care, improve patient outcomes, create leadership pathways, increase patient volumes, increase access to clinical trials, and minimize variations in the delivery of care.

Dr. Stambuk is a diagnostic radiologist at Memorial Sloan Kettering Cancer Center with sub-specialty training in neuroradiology, including imaging of brain, spine, and head and neck disease. Her practice involves the interpretation of CT and MRI scans, and she has a particular interest in head and neck oncology. As a member of the Head and Neck Oncology Disease Management Team, Dr. Stambuk interacts with surgeons, medical oncologists, radiation oncologists, and other professionals in therapeutic decision-making for patients with head and neck cancer. She also has particular expertise in image-guided biopsy of spine and head and neck tumors.

Dr. Stambuk’s research interests include investigation of functional imaging (PET scans, functional MRI, and Dynamic Contrast-Enhanced MRI) for the diagnosis, treatment, and surveillance of neurologic and head and neck disease.

Dr. Wilke is the Assistant Professor in the Department of Radiation Oncology and the University of Minnesota Medical School and specializes in treating tumors of the brain, head and neck and skin. He is a graduate of the University of Minnesota’s medical scientist training program where he stayed to complete his residency training before pursuing an advanced radiation oncology fellowship at MD Anderson Cancer Center. He maintains an active research focus in the fields of cancer imaging and computational tumor modeling. 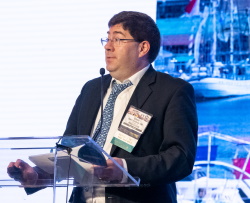 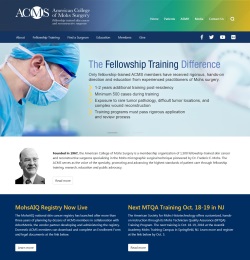